How to Unblock a Shower Drain

How to Unblock a Shower Drain

There comes a time in every homeowner or even renters life when they need to unblock a shower drain. Things like hair, soap scum, and mineral build up are all common in the bathroom, and they can easily clog up your shower drain before you know it. With the advice here, you’ll be able to ensure that your shower drain stays clear and that you can avoid clogs in the foreseeable.

How To Unclog Your Drain Using Boiling Water 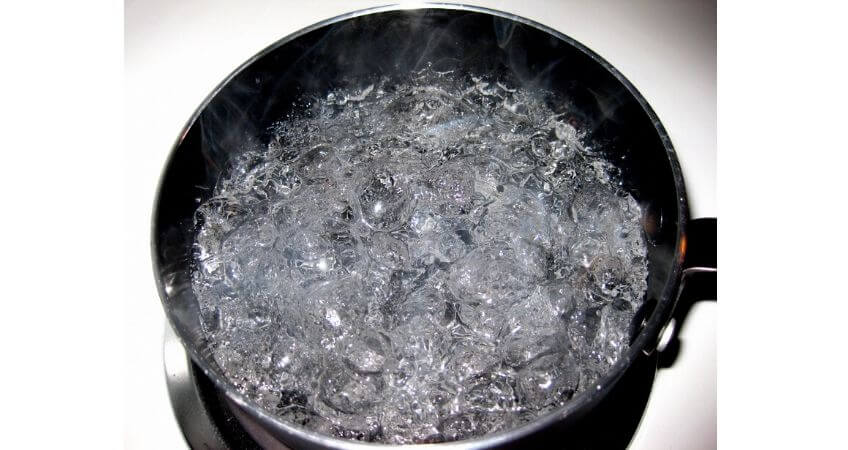 Boiling water can be an efficient method to unclog the drains full of soap scum and grease. However, it isn’t always the most effective method to use – so you need to be sure it’s right for you before proceeding. If your pipes are PVC, or entirely clogged, then you should avoid using boiling water. The results can be hit and miss if you don’t ensure that this is the right method for you to use first. Boiling water can easily soften and melt PVC joints. In some cases, boiling water may even push the clog further into your pipes, making it even harder to remove.

Providing you don’t have PVC pipes, then it may not hurt just to try this method. Just bear in mind it might not work right away and you will likely need to use other techniques to fix your issue.

How to Unclog a Shower Drain Using Baking Soda and Vinegar

In many cases, if your clog is caused by organic matter such as hair, vinegar and baking soda can work to eradicate your clog. Simply pour a cup of baking soda down the drain, and then use equal amounts of vinegar. You will want to leave this for a few minutes, allowing the solution to bubble and foam, and then follow with hot (but not boiling) water. You then let this mixture sit for a couple of hours.

If the drain is not flowing freely once you have tried this, you can repeat the process to see if it works a second time around. You may even want to leave the solution overnight if your clog is particularly stubborn.

How to Unclog a Shower Drain by Hand 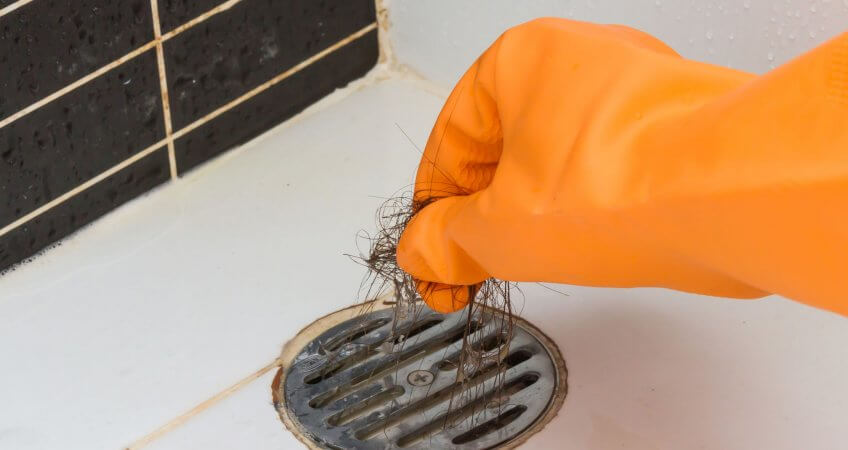 Of course, if you’d prefer to try to unclog your drain without using anything at all, you can try to do this by hand. Let water drain slowly, and always wear rubber gloves to protect your hands from anything they may come into contact with. You may need to use a screwdriver to remove the drain grille. Pull out the things you can see first if you can reach them, such as hair and small objects.

Once you’ve removed everything you can reach by hand, if the water is still not flowing freely then you may want to try another method.

How to Unclog Your Shower Drain Using a Hook

A simple hook or wire hanger can be used in order to help you unclog your drains. You can use a pair of pliers to unwind the hanger and straighten it out, leaving a slight hook at the end. Again, you’re going to want to wear rubber gloves to protect your hands. Using the hook you want to try to pull as much hair and gunk out of the drain as you can. However, if minerals are the reason for the clog, then you likely won’t be able to do anything with a hanger.

What Causes a Drain to Become Clogged

Knowing what causes a drain to become clogged will help you to avoid it in the future. It’s all too easy for small problems to quickly escalate, so avoiding blockages from the first instance is the best thing you can do. A clogged shower drain can cause corrosion, flooding, sewage backup, and very expensive repairs.

Below, we’ll list a few things that can be the cause of a blocked drain.

Symptoms of a Clogged Shower Drain

If you’re unsure whether there’s a problem with your shower drain, you should look out for the symptoms that could indicate there is a problem. Below you’ll get a better idea of what they are:

How to Prevent Future Clogs

So, with all of this in mind, how do you prevent future clogs? Prevention will always be better than a cure, so make sure you take the steps outlined here.

Now you know everything you need to know to unblock a blocked shower drain. Don’t let problems continue to build up, as they can become very expensive.